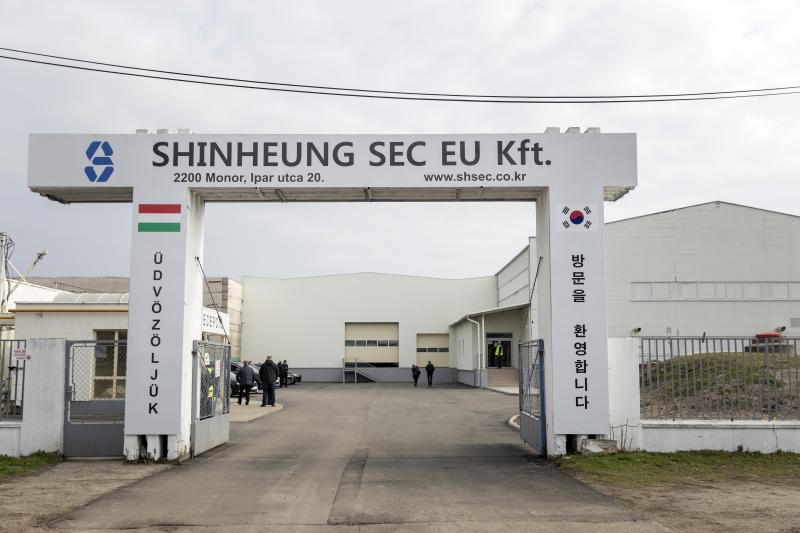 A new development, a Battery Parts Factory has recently been completed next to Budapest, in Monor by the South Korean Shinheung Sec Ltd. The investment was also supported by the Hungarian government. The production has started in the new facility, which was developed at a total cost of around 20 million euros. With this, the European headquarters of the largest automotive parts manufacturer in the world of electric cars became the Monor facility.

At the handover ceremony, Kim Girin, the owner of Shinheung Sec EU Ltd., said that the Monor center is the first site in Europe, though there are five locations in Asia: two in South Korea, two in China and one in Malaysia. The Hungarian factory will also supply these five factories with raw materials. It is planned that 80% of the required production will come from Monor.

Péter Szíjjártó looked confidently on the economic relations between the two countries in connection with the opening of the factory, as the current investment could create some 300 new jobs by the end of 2019. The foreign minister also pointed out that the Hungarian automotive industry closed with bigger production ever last year: 8038 billion forints and 175 thousand new workplaces as the balance in this segment of Hungarian industry.