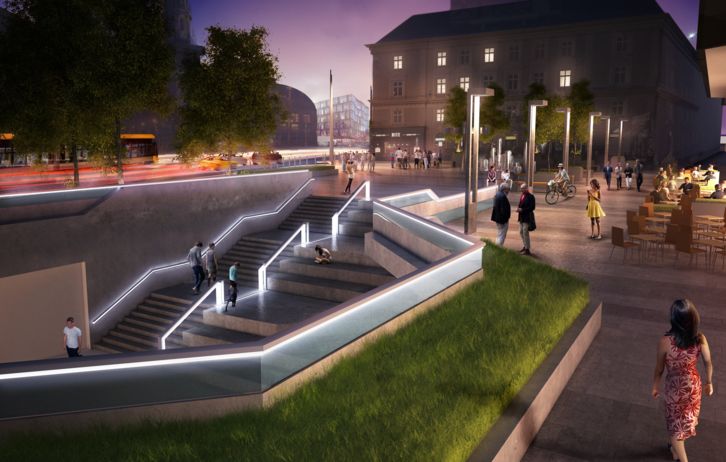 ​Several changes are expected in Budapest in 2015: besides others, parks, university buildings, public squares and sports facilities will be reconstructed and new
ones built. Some of the projects will be finished this year, and others during the next few years.

The square facing the Nyugati Railway Station gets new green areas, and keeps its function as a meeting spot. The out-of-use stairs will be knocked down. The area called “Nyugati Grund” will also be reconstructed: sports fields and new green areas will be built at the currently non-used area.

The decision of the reconstruction of the square in the city center was made a few years ago. According to a previous plan a bubble-shaped building was to be built here, but the plan was later rejected.

The reconstruction of the traffic junction began in 2015. The area of the parking lot for the buses will be decreased, more green areas built, the subway buildingreconstructed, and the street booths demolished.

Banks of the Danube

Hullám Boathouse at the riverbank in the 20th district will be reconstructed: sunbathing piers, a playground and a new bridge will be built on the area.

Within the confines of Ludovika Campus Project the main building of the National University of Public Service will be renewed, and the reconstruction of OrczyGarden continued: the boating lake and the riding hall will be renewed.

The Liget Budapest Project, which was started with the aim of renewing City Park, will be continued. Within the confines of the project several museums will bemoved to the park: the city got 470 plans for the future buildings from all over the world.

The reconstruction of the building of the museum built by Ödön Lechner will be started this year. The monument nature of the building will be maintained, and amodern, crystal-like new building added.